Could You Be the One to Introduce GIS Technology to Your Company? 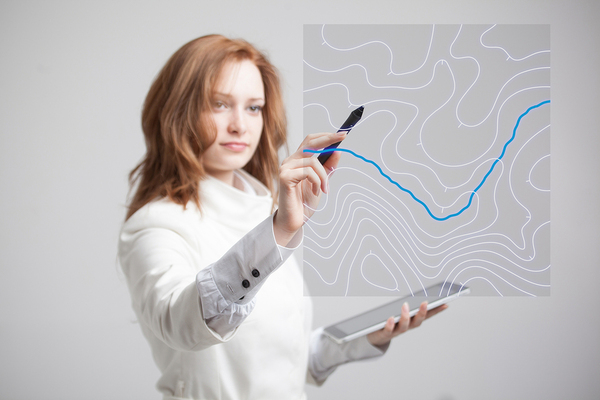 Geographical Information Systems have been around for a few decades, but their true potential is only now being realized. Initially, GISs were used to create maps and collect spatial data. After that process was established, users discovered that the systems could be used for many other applications that would benefit society, from studying patterns to marketing products.

GISs can not only be used to map out geographical data, but also to pick up on things like spread of disease, crime rates, and economic status. Increasingly, GISs are being adopted by industries that might not seem to have much to do with geography, yet they’re proving to be immensely helpful.

GIS technology uses layering to provide various kinds of data about a given area like a neighborhood, city, or even a whole country. It can reveal demographics like how many doctors live in a particular area, and it is the basis for traffic monitoring that tells people when certain roads are backed up or at a standstill.

One of the most lucrative applications of GIS technology is in retail marketing, to provide information that can help pinpoint marketing efforts down to an extremely targeted level. GIS can also help companies decide on the most advantageous location for a store and how to plan development of other retail locations in the area.

Cities and municipalities can use GIS to plan disaster responses and inform the community about where to go to be safe. Many of the latest technological advances are due to GIS technology and the ways it allows leaders and planners to use and understand data.

Even internet connectivity depends on GIS technology, and engineers use it to build communication networks when they build new buildings and developments, both residential and offices.

When Conditions Change, Maps Can Change With Them

With GIS, existing maps can be easily updated when data or conditions change. These updates and changes can happen almost instantaneously once the data is input into the system, which can help leaders and planners keep abreast of trends and new developments in neighborhoods and other areas. This aspect of GIS is also used in traffic maps as conditions change.

Learning to use GIS systems can give you a way to accomplish a variety of goals for your business or organization. CCSU will be offering an introductory GIS class in February that could be valuable to local business professionals and organization leaders. View our open courses to see everything we offer for continuing education at CCSU, including a GIS certificate program.